This piece of dialogue was taken from the Harrison Ford movie ‘Firewall’, which I saw the other day. In the movie, the family of Ford’s character are taken captive in their home by a team of violent con-artists. The leader uses the family as leverage to force Ford; the head of security, into helping them override his company’s security firewall in order to steal large sums of money. In response to the aggressive way in which they were being treated, the daughter of Ford’s character is compelled to ask one of the psychopaths;”Why do you hate us?” The man calmly and collectively explains; “I don’t hate you. I just don’t care about you.”

For some reason these brief lines filtered into the recesses of my mind and stuck with me long after the movie was finished.

“I don’t hate you. I just don’t care about you.” I feel these words accurately express the sentiments of the majority of the people on this planet. “But William, isn’t a lack of hatred a good thing?” you ask. “Shouldn’t this lack of a strong negative feeling towards others be encouraged and not criticized? Besides, people are busy,” you add. “Failure to give any thought to the sufferings of others is in no way an indication that I am a bad person or a bad friend.” I used to share the common belief that friendship isn’t about constantly staying in touch and reassuring one another of our feelings. “My friends know how I feel about them,” I would say. “There’s no need for me to reach out to them. If they need me, they’ll reach out to me. They’ll do so without feeling the slightest bit of shame because they know we are friends.” Living in the 3rd world for the past two years has taught me that there exists an inherent flaw in this way of thinking. When you’re not plugged into a society that revolves around the individual and provides endless low-cost distractions; the harmless lack of interest from friends and family feels like passive aggression. The more desperately I needed my friends and family, the stronger the aggression felt. Personally I feel there are benefits to this lack of interest. For instance, if my friends and family had taken more of an interest in my life during my time of need, I might not have had the necessary thirst for attention that motivated me to complete my book ‘Metaphysical Man The Don Quijote Of The Digital Age‘. Truth be told however, the negative results of this harmless neglect far out ways any positive benefit, especially for the silent majority of weak exploited masses of people who suffer daily without a voice. In the following article I will make the case that modern man views the unfortunate as a cockroach and not as a member of humanity. When a person steps on a cockroach it’s not out of hatred for the insect but rather a lack of interest in its well being. It’s nothing more than a pest that doesn’t fit in with our civilized society. I dedicate this article to the sweat shop workers, the human traffic victims, the poor, the uneducated, and the unfortunate that are exploited every day and suffer in silence while we drink our lattes and post selfies on Instagram.

For obvious reasons, I’ve been rereading ‘The Metamorphosis’ by Franz Kafka. For those unfamiliar with the story I’ll give a brief summary. Salesman Gregor Somsa wakes up one morning and finds that he’s somehow been transformed into a man-sized dung beetle. Kafka never refers to Gregor as a dung beetle rather it’s the cleaning woman that identifies him as one. The German word Kafka uses to describe what Gregor is transformed into is the same word the Nazis used to refer to Jews and other subhumans. The English rendering of the word is vermin. Once transformed into a vermin, Gregor finds it impossible to assume the responsibilities he was resigned to carry out; that of single-handedly providing for his parents and sister. As disturbing and unexplained as his physical metamorphosis was, what is even more disturbing to me is the immediate metamorphosis of his family’s attitude towards him. I could write volumes about my thoughts on this societal change but for the purposes of this article we’ll focus in on Gregor’s response to the societal change.

In his current situation (even his voice is indiscernible to others) he is not in a position to rebuke his family and put them in their place. He could at least attempt an escape from the house in order to avoid further humiliation. He doesn’t however choose this option either. He meekly resigns himself to being treated as an insect. Many who read the story may not understand Gregor’s response and just write it off as Kafka being Kafka. Taking in stride absurd and unacceptable situations is a common trait of Kafka’s protagonists. Nevertheless I have a theory as to why Gregor Samsa reacts the way he does. I believe in fact, that it’s for the same reason the sweat shop workers, the human traffic victims, the poor, the uneducated, and the unfortunate meekly resign themselves to being exploited. It’s because despite how others view them, they know they are human beings. They have hope that humankind will look past their current situation and realize that inside they are human beings and not insects. They know and have confidence that the other members of humanity will also recognize that it is unacceptable to treat a human being like an insect. Too often however their response, much like Gregor’s, is seen as justification for their treatment. “If they are resigned to being treated as vermin,” we reason, “it must be because that’s what they are.” Perhaps we don’t think this openly and would certainly never voice such an opinion but we harbor this thought in the back of our mind. “After all,” we think. “If this were a member of the human family then there would be an outcry from humanity to stop the barbaric treatment. There is no outcry therefore there is no crisis. Anyways,” we conclude. “It’s none of my business.” At this point, if we’ve allowed ourselves to get to this point; our head may begin to ache and we quickly reach for one of the countless low-cost distractions, society has made available for just such occasions.

Spoiler Alert; eventually Gregor dies as a result of neglect. Although Kafka doesn’t give details as to what was done with the corpse, the cleaning lady’s assurance; “you don’t have to worry about getting rid of that stuff in the next room. It’s all been taken care of,” leaves me with the impression that he was wrapped in something and thrown out with the garbage. The family’s immediate reaction to the distasteful news is annoyance, but after the fact, they are overjoyed that the entire ordeal is over and are determined to forget about the past. We are similarly annoyed when forced to acknowledge the existence of human atrocities and are happy to allow them to continue as long as they are hidden from view. “But William,” you exclaim in frustration. “I’m not the one committing such acts! I simply don’t care about them.” “And that’s the problem,” I respond.

I’m not encouraging anyone to take to the streets. The point of this article is to encourage us to take time away from our First World problems and consider how the other half live. If we imagine ourselves in their shoes we may be surprised to find that the words; “I don’t hate you. I just don’t care about you,” are a lot more aggressive than we intended them to be. Just some food for thought. 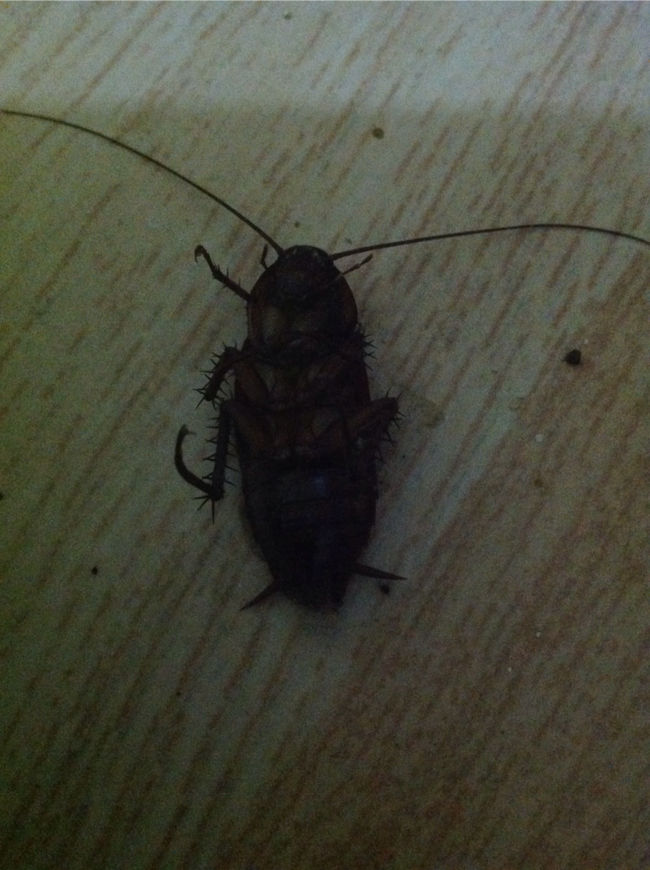